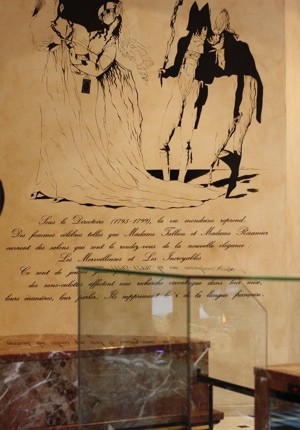 The Marvelous Merveilleux French pastry is a radical departure from the celebrated macaron. Nothing petite or pastel about this seriously delicious concoction… and the décor at Aux Merveilleux de Fred is equally delicious and perfectly in sync with the delicacies crafted within. If I were designing a kitchen at this moment I would not hesitate […] 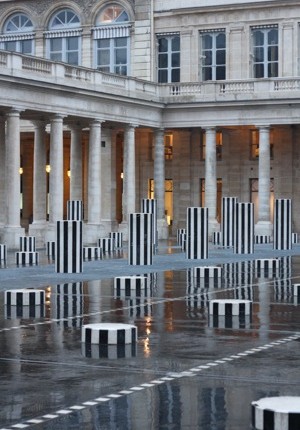 About 10 minutes after moving Haleigh in to her first Paris apartment, I officially lost my tourist status.  That was seven years and three apartments ago. My days and nights in Paris do not remotely resemble those of someone on vacation…waiting for the WiFi (cable guy) to show up, shopping for housewares instead of fashion, […] 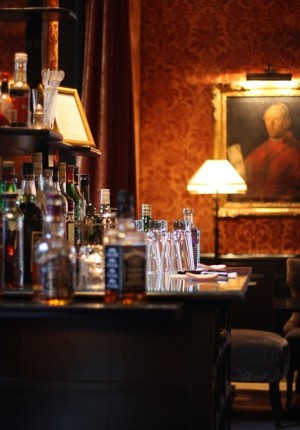 On a very cold Paris aternoon, we slipped into one of our favorite venues… a discreet little gem just off the square at Place des Voges Pavillion De La Reine with its ivy covered façade has always held a fascination, but this is the first time I have seen that bare and  lovely face in […] 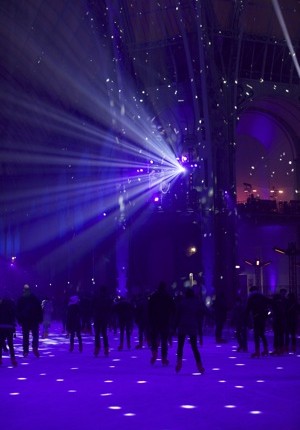 The first time ever… and we were there.  Ice skating under the glass dome at Le Grand Palais de Glaces… Not something on the standard list of things to do in Paris, but it was the perfect holiday outing for my daughter Haleigh aka Making Magique and me…the look on her face says it all! […] 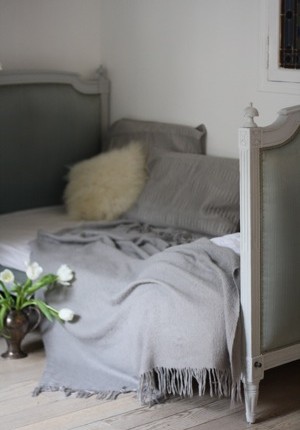 Even without any snow… it’s a White Christmas… in Haleigh’s apartment… And as visions of sugar plums danced in our heads, the reindeer guided Santa’s sleigh and found us in a little jewelbox of an apartment tucked in the Marais. *** May the magic of the season be with you throughout the New Year! 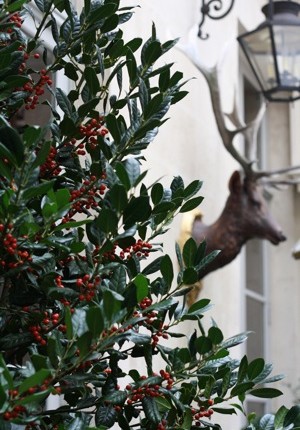 Even in Paris… he has me at “Hello” RAPLH LAUREN… Truth be told,  this iconic American brand has had me ever since that first moment we met. Between us, absolutely nothing gets lost in the translation… So when considering where to dine on Christmas Eve in Paris… Haleigh and I agreed that Ralph’s would be […] 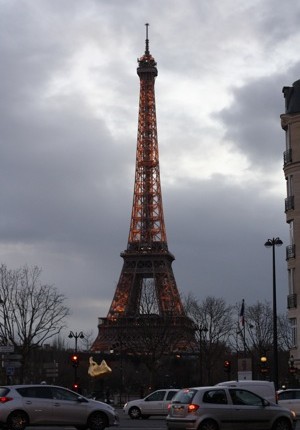 I have often dreamed of having Christmas in the City of Light and last week I actually woke up in Paris! While I normally don’t have much reason to stroll down Avenue Montaigne… the holiday dazzle alone… would have been more than enough temptation.  Beyond the allure of  holiday sparkle, it was also the perfect […] 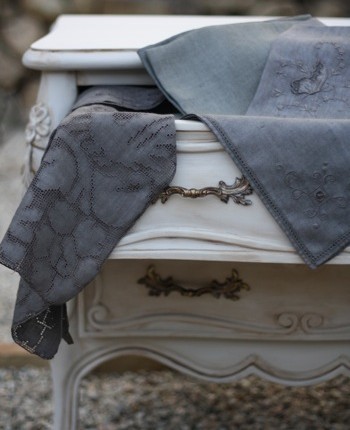 Vintage linens… live on… new life breathed into them… hand dyed in a natural process.. deep shades enhancing the course textures of some…  the smooth silken sheen of others…  rich colors highlight pattern… texture and weave… hand dyed linens have the ability to be both formal or more casual and friendly… letting you decide how […] 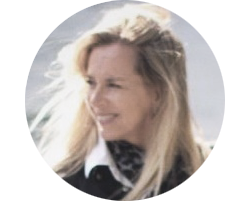 Thanks for visiting French-Kissed. I am a designer and photostylist based in Santa Barbara. While my professional focus has been on styling to sell, I use the same techniques for my own home as I style to dwell. No matter a home’s stature or pedigree, I believe good design and styling leads to a more complete enjoyment of our surroundings and ultimately an enriched lifestyle that we make uniquely our own. 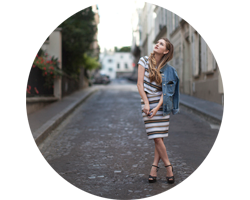 My daughter blogs about life in Paris and traveling the world on Making Magique. Be sure to discover her photographs, films, and writing on her blog as well.